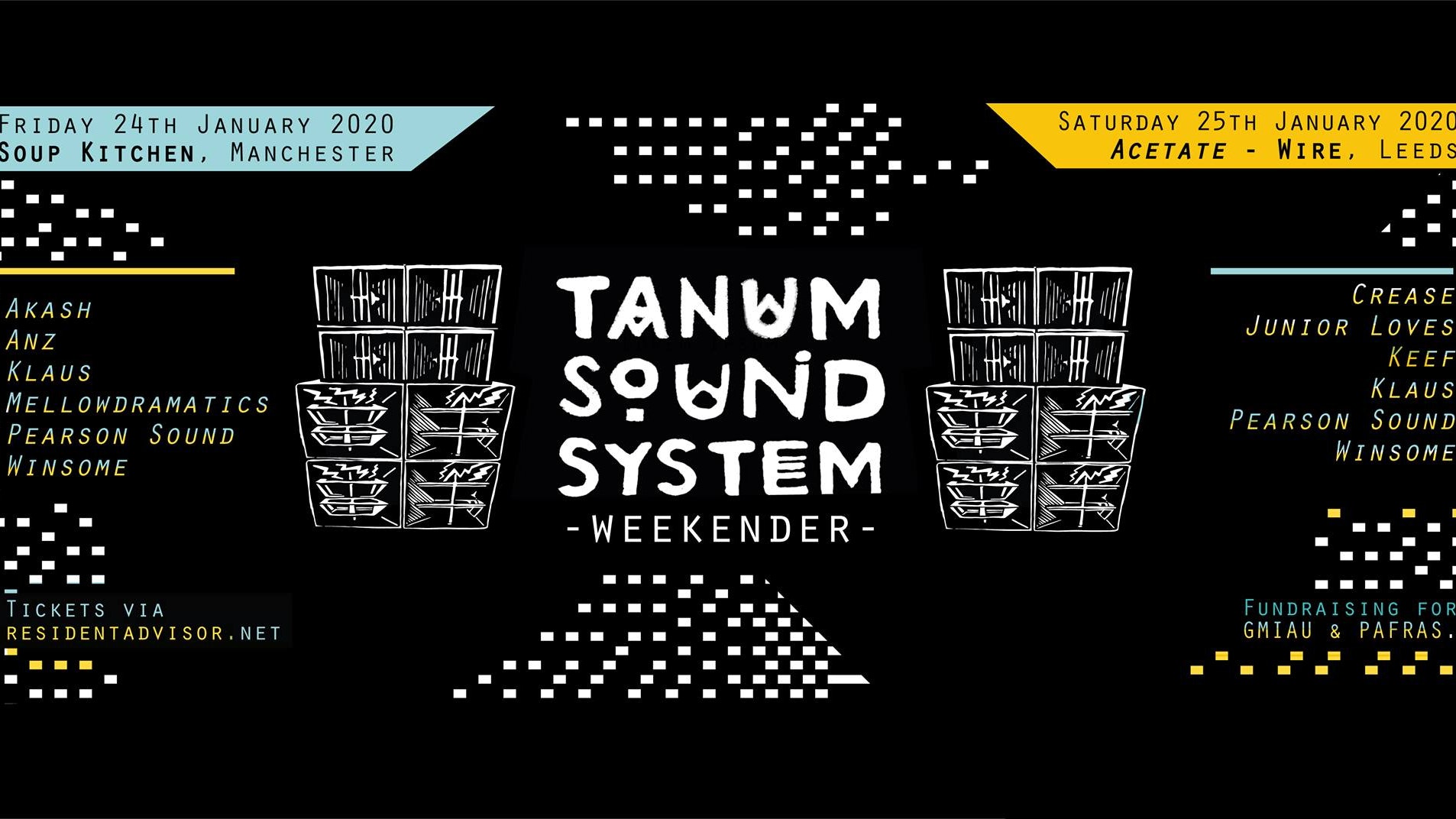 We’re teaming up with the heavyweight Tanum Soundsystem for a special fundraiser in the Wire basement. Acetate founder Pearson Sound will be joined by the Tanum crew and associates: Klaus, Winsome, Junior Loves, Crease and Keef.

The party will be raising money for Positive Action For Refugees and Asylum Seekers, a Leeds-based organisation who support their clients through crisis intervention, casework and integrated specialised mental health support. The DJs, venue and Resident Advisor are donating a large percentage of their fees to the fundraiser.

Tanum Soundsystem was built between 2014 and 2017, and since then has mainly put on dances to raise funds in support of migrant communities