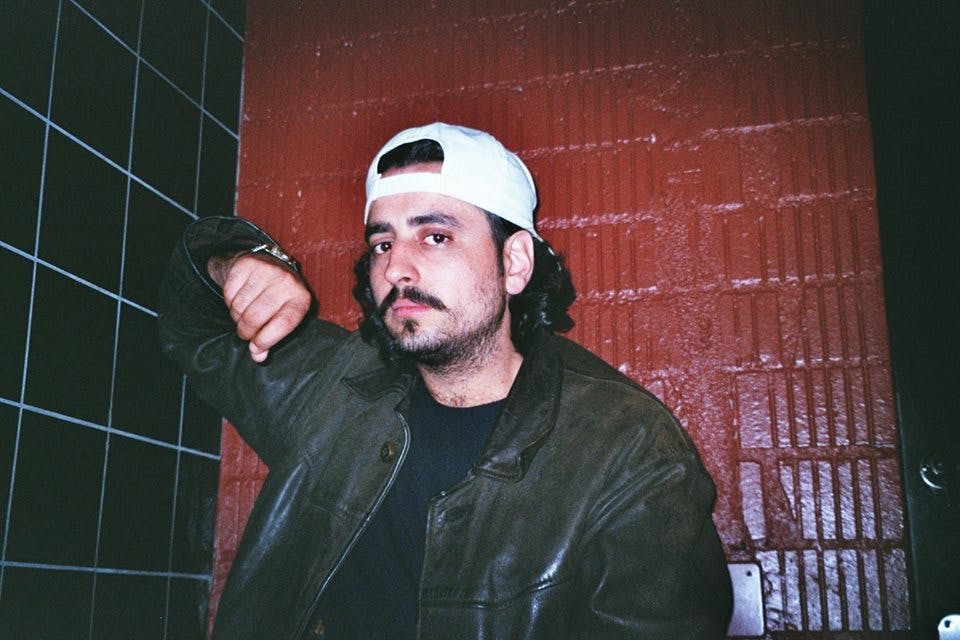 The minimal and house scene has a tendency to churn out a lot of homogeneous material. But there are a few groups who have made it their project to break this mould, and unlock the genre’s huge potential. Les Points is one such crew. Based in Switzerland, and thus cut loose from the gravitational pull of Berlin or London, they have emerged as a truly unique bunch of noise makers, art cobblers and party orchestrators – while still appealing to a wider audience of European house heads. Timing have previously booked label head Walid/Barbir, loving his set of mad breaks, electro and rave so much that they have gone back for more; Audino is the next to step up. We spoke to him.

Could you tell me how the Les Points crew all met, and how you decided to form the collective?

Kazi and I had met in a partybus on our way to time warp, can’t remember exactly which year but that’s how we connected. Countless parties followed, at that time still as punkt, which means point in english. Eventually Walid came along and finally Louh. How exactly, I can’t say. There was a weekend at which Kazi had 2 bookings from the same club. He didn’t want to skip them, so we decided to play as Les Points.

Would you say there is a defining philosophy behind the group?

Our “problem” is and has probably always been that we have not followed any trends. It is important to us to extract something from the music we produce or dig, something that somehow widens our horizon. It is not easy to stand out from the rest, but on a non-coerced basis we try to make it last as long as possible.

Your Infoline project intends to transform the way we consume art by using a variety of formats and collaborators. What do you see as the limitations of just presenting people with a record? If music is completely abstract, could you explain why you feel that it is not “enough”?

Our thought is to involve different artists in order to present a good and beautiful product in a dynamic way. As we all know, the eye also eats with us, doesn’t it?

Considering this, how do you bring this spirit of variety to your DJ sets?

In my opinion it is important for a dj to combine different styles. After all, he is simply a curator who, in a way, presents music to the audience. It starts with the selection and continues with the way the tracks are mixed together. I’m not a fan of preparing any playlists and then playing the tracks accordingly in the set. Feel the audience, the vibe and try to become a part of it as best as possible.

You are generally categorised globally under the umbrella of ‘minimal’ – how do you feel about this categorisation? Do you feel a part or separate from it?

You start somewhere and continue to evolve but at this moment I can say that we are far from this category. In my opinion minimal has become a plague but it seems that people like it because it’s not so challenging and more accessible. After all, you make a connection with the music you listen to. I don’t want to say that there is bad and good music but there is still a lot more than minimal.

I would describe the Les Points aesthetic (visual and audial) as very punk – would you agree? It contrasts heavily with a lot of techno, which attempts to be slick and sophisticated. Is this a conscious decision?

I would definitely say we’re punk. But it’s not forced at all. It’s come about over the years with the interests we’ve developed and how we look at the world. Experiences that, whether positive or negative, have in one way or another influenced our thinking and how we ultimately act.

You are all based in Switzerland. Very rarely do you hear of producers of parties coming out of that country. What was is like to experience music there growing up? And what is the scene like currently? The one party we have heard of is Sunday Breakfast.

Well that isn’t well researched. I don’t think I was able to experience the golden years because I was too young. What I can say, however, is that it has developed itself in to a big mushy pea, which is a pity. What I can now say about this is that more and more diversity is coming in and more and more uncompromisingness is being shown. Zurich is rich in culture and there is not a single city in Europe, apart from berlin and london of course, where so much cultural heritage can be consumed.

You put a lot of music out as part of Les Points, but more recently your solo track “Venus Flytrap” stood out to me; should we be expecting more solo stuff in the future? Or are you focussing most of your energy into digging and selecting?

I would prefer to call myself a digger and selector. I’d rather produce together with the guys than on my own. But i think the day will come when i’ll be amazed to see my solo EP released.