A chat with: Darwin 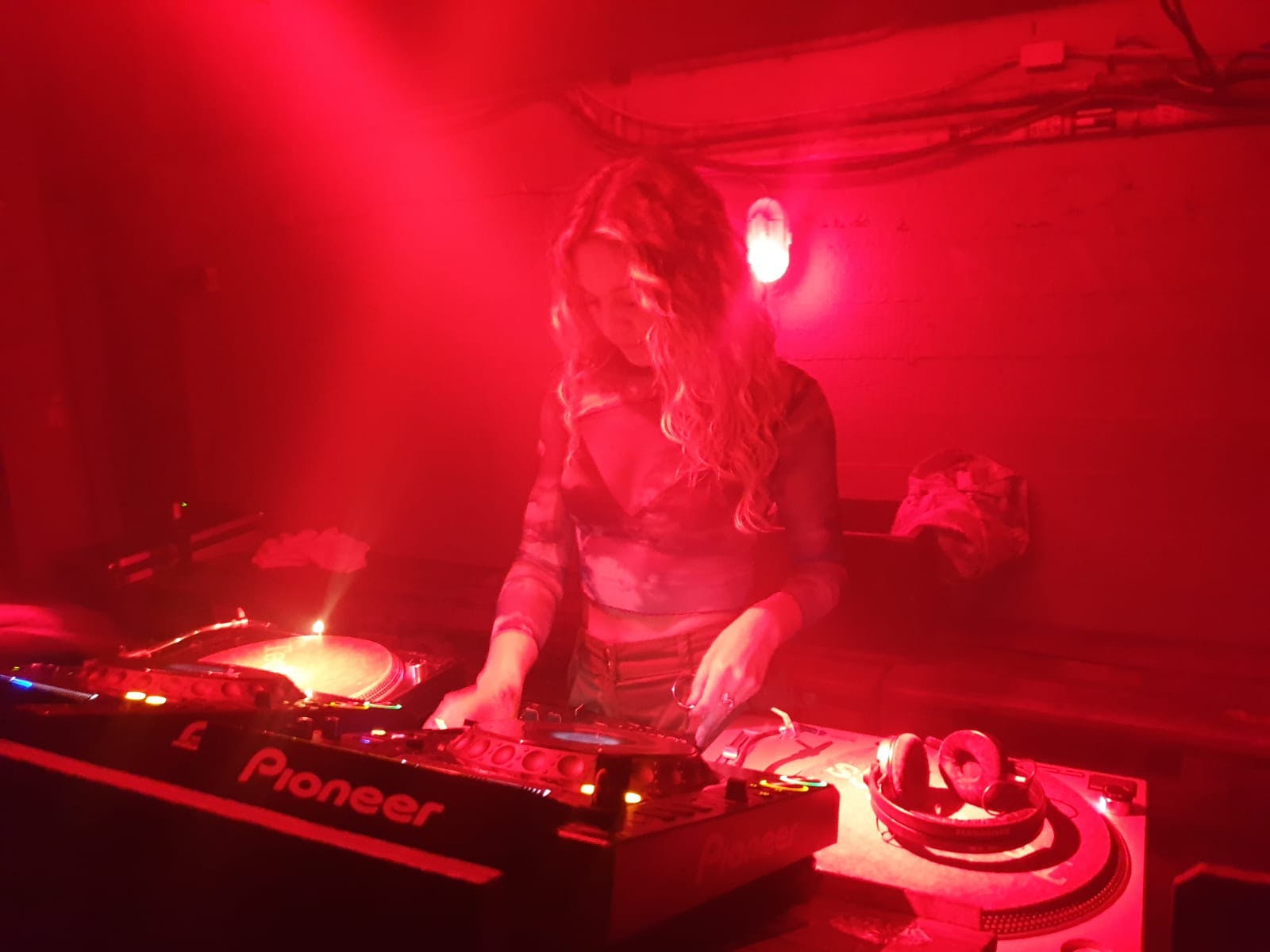 Darwin is one of the dance music scene’s hardest working ambassadors. She’s a label head, promoter, DJ and activist, juggling several flaming projects at any one time from her current residence in Berlin. Somewhat as a reward for her commitment to cultivating the rave community, she is now being recognised for her music, with an exciting tour schedule booked across Europe in the coming weeks, including a visit to On Rotation in late October.

Anyone who caught her Boiler Room set at Dekmantel alongside Re:ni, SubDub set at Dimensions or has heard one of her many high profile podcasts for the likes of R&S, Bunker and Crack, will have experienced her bass-heavy hellfire of UK-influenced selections; she encompasses DnB, techno, breaks and UKG, punctuating dread-inducing vibes with a party-starting fever. With Wire’s new sub at her disposal, she is bound to give the OnRo Birthday crowd something to think about. Our Q&A is an introduction to her current projects and a rapid history of her life in music.

You’re Canadian, but now based in Berlin. Could you tell us about how it was migrating to Germany? The Canadian DJs and producers are really smashing it at the moment. Were you heavily involved in the scene when you lived there?

That’s a charged question for me, to be totally honest it was really difficult and still is, that’s why I leave to Mexico for 4 months a year to escape it. I love Berlin, it has given me everything I wanted in my life, my friends here are second to none and the music scene is very rich and welcoming which makes me feel at home. However, the language is hard and the people are much grumpier on a day to day level than Canadians so I find that quite isolating.

I left Canada in 2007 to pursue music, sadly there wasn’t a ton going on in Edmonton but I did rave out there and it sparked an interest in me to chase that dragon. I’m super happy to see a new wave of artists kicking up from home like D. Tiffany, Ciel, Peach and one of my oldest friends in the whole world Dane!

Can you give us a brief history of Reef? Where does the name come from? What was your initial idea behind the night?

REEF was spawned from my residency at Griessmuehle, I got quite tired of playing techno and wanted to inject other vibes into the club. I started playing dubstep in my warm-ups and more contemporary bass music in my sets but I really had to take people by the hand and almost trick them into liking it. 5 years ago that club was very techno-oriented and not as open sonically. It ignited the idea for me to start a party with the goal of spanning the spectrum of my taste and to create a platform where my friends and I could play what we wanted.

I’m obsessed with the ocean, and the name is after coral “reef”s which are micro-ecosystems in the water that foster diverse communities of sea life. I wanted REEF to be a representation of that kind of home in the club community. 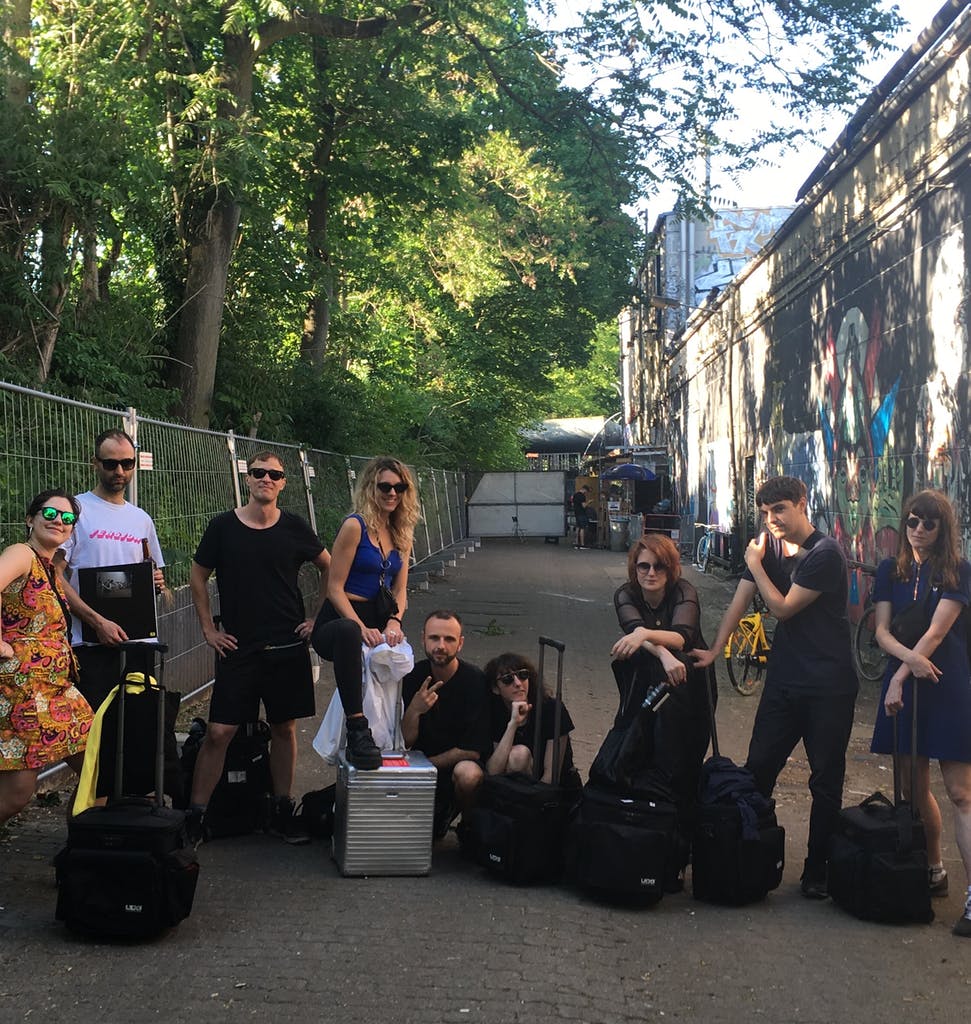 Reef seems to have a very UK-focussed sound. Lots of d&b, dubstep, garage, as well as techno and house. When did your fascination with this scene begin?

Going to the tail end of the sub:stance parties around 2011 was a huge influence on me. I ended up at a Swamp 81 party in London around the same time and that was kinda it, I was just like fuck, this music is so much cooler than everything I’m listening to.

We’re aware that Griessmuehle is closing, leaving REEF without a home. Do you have plans to move? How will the party change with a new venue?

Its not closing, that is a rumour that isn’t true. I left Griessmuehle because I was exhausted and needed a break, and I wanted to go out on a high. I have big plans for REEF in the future but it’s not possible to discuss them now.

You have a really strong team of after-party residents (Elissa Suckdog, Dan Beaven, Enchanted Rhythms). How did you meet these guys, and why did you enlist them as your in-house DJs?

Elissa and Mark are my rave babies, I scooped Elissa up when she arrived to Berlin and she moved in with me. She basically learned to DJ at my house and now she can mix me under the table lol. Dan and Rich came through her when she asked me to let them play at the after-party and I was so impressed I just took them on permanently. Esposito is my best friend and Nadjé is his best friend so we are all tightly connected. All of them are insanely sick DJs who can hold down any hour of a party so they rounded out the nights perfectly.

If you had to pick one track that sums up Reef, what would it be?

I’m going to pick a track that I will never stop playing off my favorite album of all time 2562 – “Aerial” on Tectonic: 2562 – Basin Dub. The first REEF was A Made Up Sound’s album release party and he’s played for us every single year so seems fitting.

You also run the label SPE:C. How does this tie into REEF?

SPE:C is just another planet in my universe.

You recently played your first Boiler Room set b2b with re:ni. How was that for you? How did it feel to be filmed while playing?

It was as good as it could have been, I’ve never been that nervous in my whole life so I can’t say I “enjoyed it”. It was nice to do it with my best friend and re:ni and I are so musically fluid together that it came out well. However, its a tiny snapshot of what we can do and it didn’t even come close to representing the full spectrum of our sounds. We tried to cram what we could in an hour but for a B2B thats way too short.

You are currently working on a new project called Clean Scene. Could you tell us a little about this?

Clean Scene is a new project I launched with Chal Ravens and Eilidh Sinclair. I feel that in the face of the climate crisis we need to raise awareness and try to reduce and compensate for our communities footprint. Our first endeavor is setting up an agency-level program that helps DJ’s offset their carbon emissions from flying. We have plans to implement tools to work out more efficient tour routes for artists, green riders, helping clubs become more sustainable and encourage train travel not only to DJ’s but to festival-goers. It’s a massive job and we are still in the development stages but hope to launch the first phase by the end of this year.

Are you looking forward to returning to Leeds?

Hell yes! I had such a great time playing there last time and get to see another rave baby of mine Alex T.

See Darwin alongside Courtesy at On Rotation’s 5th Birthday later this month. 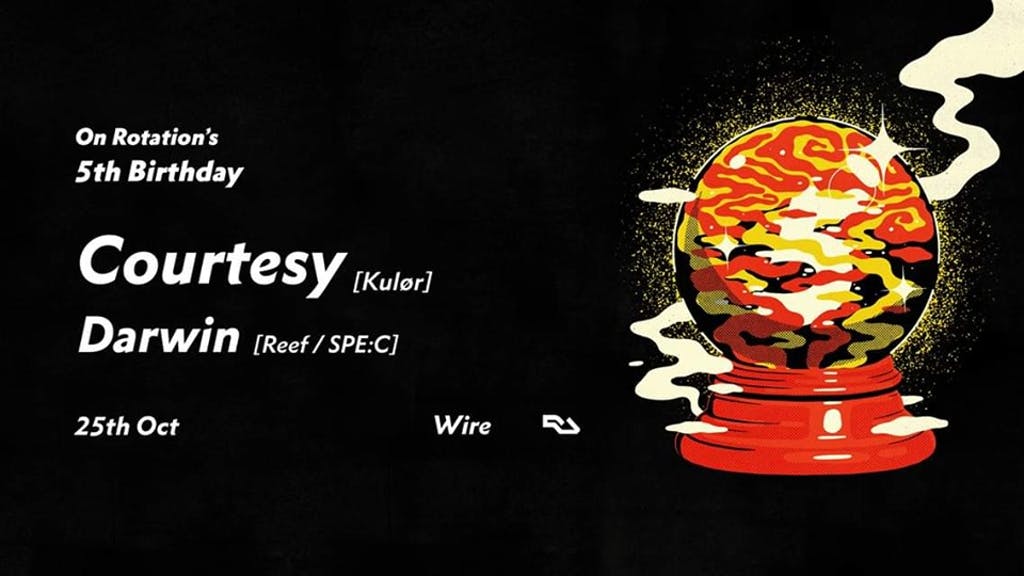