A chat with: Klaus of Tanum Sound System

We can’t wait to experience the Tanum Sound System in the venue on 25th Jan, with a monster lineup behind the decks. Crease, Junior Loves, Keef, Klaus, Pearson Sound & Winsome will all be at the reins. Built over 3 years from 2014-2017, Tanum quickly gained an impressive reputation for championing underground electronic music.

The founder, Klaus, talks us through the beginnings and the ins and outs of running a sound system…

Growing up, who were your biggest musical influences on and off the sound system culture scene?

I think all of us playing on the 25th have a deep love of a various styles of sound system music. Junior Loves plays and produces amazing UK roots & dub, and is a wicked DJ (check his most recent radio show here). Crease, Keef and I used to go to DMZ and FWD together when we came to London, so we all grew on dubstep from the 00s, and through that found connection to older sound system music (jungle, garage, roots reggae) that those tunes often referenced. Pearson Sound, as you obviously know, is extremely versatile as a DJ and producer, playing across the board, and has put the system through its paces before. And Winsome, one of the Tanum crew, has a really deep knowledge of tunes, particularly jungle and roots music – check an unreleased tune of his here.

One particular personal influence for me growing up was a soundsystem in York when I was still at school, then called Cranky (an ancestor of current York sound system Irie Vibes); they mostly did free parties back then, which I found really inspiring at that age and definitely planted the seed. And obviously other UK soundsystems, in particular Jah Shaka, who have worked tirelessly keeping a culture alive for decades.

Can you remember when you thought “we should build our own system”? What pushed you to take the plunge

It had been a dream for a while, but I think there were a few factors that pushed me to propose actually doing it. One was the availability of a space to build it in and store it, via our good friend and occasional DJ on the system, Manchu. Another was the closure of Plastic People, which we went to regularly, and the absence that left. Another was the death of my dad, which I guess put a lot of things in perspective, and made me think, if not now, then when… 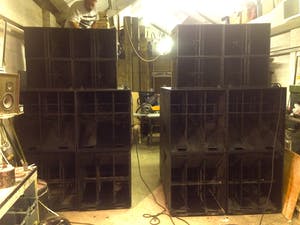 What were the ups and downs of building the system? Sacrifices, highs, lows, set backs, first plays?!

It meant a lot of time spent in a very damp railway arch! I’m not sure we would want to do it again like that, but we learnt a lot, and there’s something nice about knowing these boxes inside out, knowing all their quirks and imperfections, rather than buying something off the shelf. I kind of didn’t believe the boxes were going to work, even after being quite careful building them, so connecting up the first box and testing it was definitely an exciting moment. The first thing I can remember playing to test the first boxes was the Cay’s Crays Digital Mystikz remix. Big tune!

How does playing with a sound system compare to playing just as an artist?

It means much longer days, and much more complicated logistics… but personally I love going into a space and setting up, figuring out the best placement, throwing up the boxes, cabling everything together… it feels transformative. Thanks for the opportunity to do this at Wire, we’re really excited for it! And it’s also a collective thing, it would be impossible to do single handed, so there’s a certain joy in knowing that together you’ve done something you couldn’t do alone. I think particularly these days, when more and more of our interactions and activity are through screens and online, it feels healthy to be doing something collective and physical in the real world. 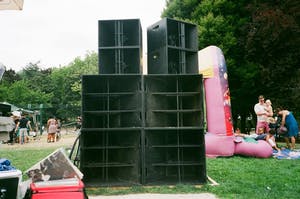 Most of your events are linked with fundraising / solidarity. How important do you think it is to use our musical influence to help others less fortunate?

This is a good question, and a complicated one. I think we’re lucky in our circumstances to be able to contemplate running the system the way we do with fundraising – we have other things we can do to survive day to day, and it’s important to acknowledge that not everyone has the privilege and time to do this.

Historically so much of the electronic music we love was created by working class people, queer communities, migrant communities. I feel like it’s important to try to find ways to support people who face the most oppression and injustice, in ongoing ways. It’s important to do this regardless of anyone’s perceived ‘contribution’ of course; but particularly as someone whose life has been enriched by these communities. It’s a bit of a cliché, but music brings people together, and that can be the start of conversations, action, and finding ways to support each other.

The system is described as focusing on underground electronic music. Do you feel that sound system culture might be generalised to only a handful of genres? Did you feel you had to mention that, just so people knew what you were about?

I think many people associate sound system with roots music, and I’m glad there are a lot of sound systems in the UK still representing that sound, but there are many other great systems playing all kinds of music in all kinds of ways. I wouldn’t want people to assume we only play roots music because we call ourselves a sound system, but also don’t want to limit the sound system to any other one genre. It’s a tool for expressing recorded music of any kind, and we’ve tried to be open to it expressing a variety of styles. That said, I think the way we built it and the way it sounds reflects our love for particular strains of UK music, particularly jungle and garage and all things that have grown out of those styles. 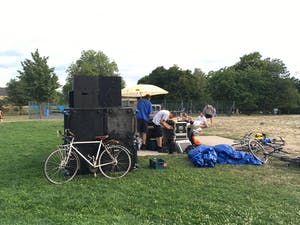 Finally, what does 2020 have in store for Tanum?

It’s great to be bringing the system to other cities, great to see how things translate in other places. We have another session lined up on 29th February with the Atom Funk crew in Northampton; hopefully some more sessions in and out of London through the rest of the year, hopefully some outdoor things in the summer! It would be amazing to establish a regular session somewhere, though it’s a struggle finding decent venues to bring a sound into, particularly in London. But we’ll keep trying. And we’re always up for using the sound to support community projects and events, so if you need a system and think we might be able to help, please get in touch!

You can get in touch with Klaus and the Tanum Sound System crew at: