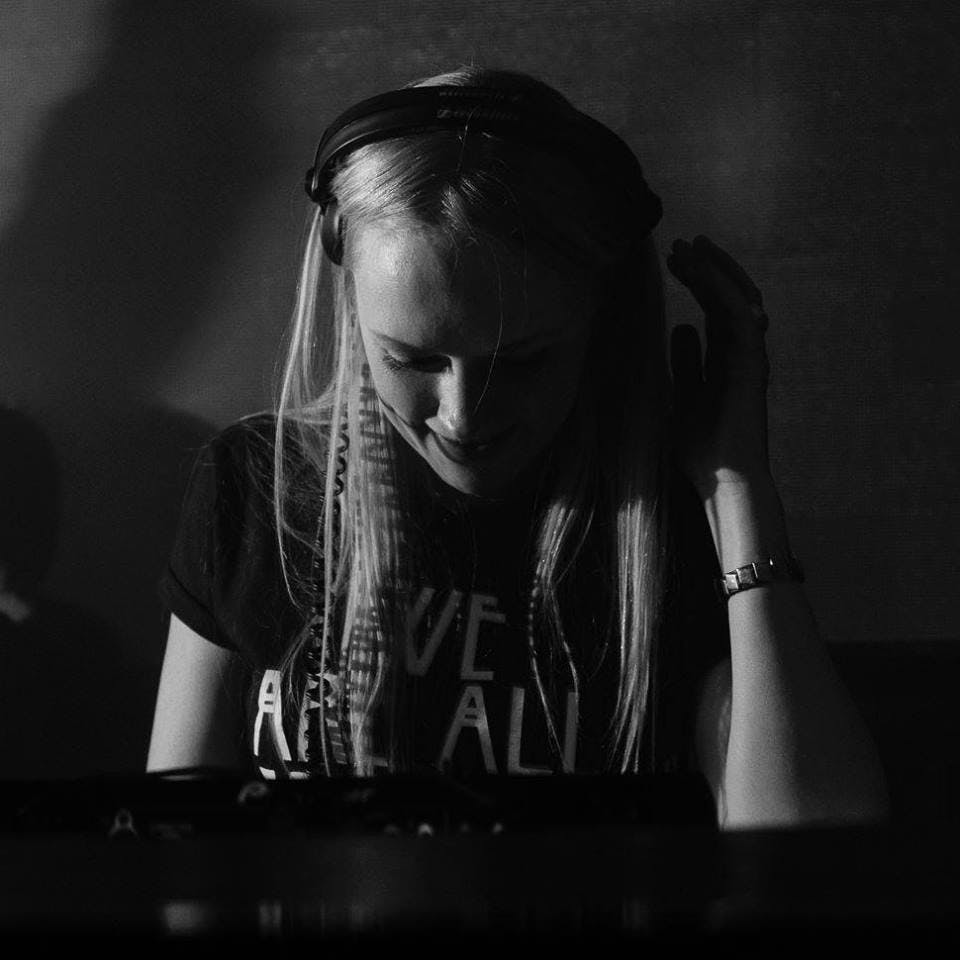 Gemma Furbank is known for an uncompromisingly tough approach to techno. To become a new-found resident for The Orbit after it’s rekindling in 2012, it had to be so. The legendary club night (which hosted a who’s-who of the world’s best techno artists at their venue in Morley from the 1990s to the 200s) was given a new lease of life in Leeds city centre by a troupe of dedicated originators and followers, taking Gemma under their wing after witnessing her talent on the decks. This fresh start for the event has led to a date with Surgeon at Wire in November – the artist who span the final track in Morley before its closure, and who regularly thrilled crowds there during its first life.

As the excitement builds for this special reunion event, we spoke to Gemma about some of the tracks that never fail to destroy the dancefloor. What naturally emerges is a mixed picture of both old and new school classics…

“One of my favourite Acid Techno, tracks ever. The energy relentlessly keeps building throughout the entirety of the track. Strong, driving kicks and I love the crescendos and evolution through the classic 303 synth. Without a shadow of a doubt, this track sounds as strong today as ever, and it always sends the dance floor wild. It’s great for layering too, but I do like to let this track breath as it’s wonderful as a standalone track. I’m pretty sure most people have heard me sneaking this bad boy in, because it’s mint!”

“A recent favourite. I love the building synth line and strong kicks. I’m a massive fan of kick-you-in-the-face-drums. Really driving kicks, the angrier the better. It evolves gradually, but when it kicks back in after the break-down, it’s just the drums and this synth with a pulsating effect, the energy smacks you in the face. It sounds fierce through a large system and always gets an equally massive reaction! It’s actually quite a simple track, but all the components and arrangement work. Ghost In The Machine is making some quality Techno.”

“The synths bring a real old skool, rave, flavour to this track. Again, fairly simple in its design, but that synth drives the whole way through, filtering and warping. Love the vocal stabs that come in, and the clean, crisp, top end that sizzles. Meaty Kicks again, just a slamming track with nostalgic vibes.”

“Both these artists were a recent discovery for me, but I’m diggin’ what they are doing. This track is something that’s more melodic in a sense, and in comparison to a lot of the Techno I play, but the energy is relentlessly and the track never stagnates. It’s continuous drive and build and evolution of sounds really gives the dance floor a lift. The synths are well constructed and varied creating a rich, depth to the track, and I love the evolution through them throughout the track. Simple 303s layered with synths that grow and growl, pads that also evolve. Love the simple vocal stabs throughout and the beasting kick and the vocal segments in the break. It’s great for ending a set with, or just shaking things up and I was blown away by how strong it sounded on a big system. Definitely looking forward to hearing more from these and I also bought an unusual track at the same time, from the same E.P called ‘ Die Liebe’. Not dropped that out yet, but I effing love it..It’s a vocal track, in the German Language, and not really a club 4×4, but I reckon it would be fun to slip it in to shake things up. It’s more a broken beat, and maybe leaning more on the EBM side, reminding me of tracks by The Horrorist (but not as shouty lol), Fixmer & McCarthy, Nitzer Ebb, and has a retro vibe..love it.”

“I could have gone on, and on, as I have some ridiculous tracks that always do the damage, but was told I could only choose 5. Techno is stronger than ever, with lots of incredible talent coming through, and of course some of the stalwarts of Techno are still putting out incredible music.”