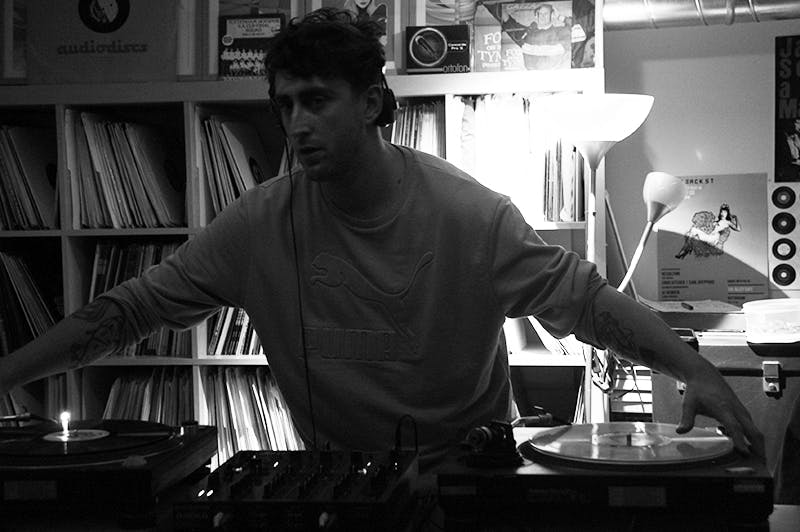 Wigflex is an absolute tour-de-force of party starting power. Lukas, the man behind the Nottingham and now-national promoter, has been putting on events and booking huge lineups for over five years. In that time, while supplying incredible lineups to the UK, he has earned a reputation as on of the country’s most astute selectors. He returns to Leeds to entertain the crowd this Wednesday for Depth’s first event at Wire, where he’ll be playing b2b with Tribe Records’ Alex T. Ahead of the show, we asked him to share some of the records that have meant a lot to him over the years; we received an hugely flexible list.

My earliest musical memory was probably my mum slapping on the dirty dancing soundtrack and mincing around the house. This ones still a banger to be fair.

I remember getting a pair of limit belt drives for my 14th birthday and going down to visit my Grandad in Dover a few days later. I bought Energy 52 “cafe del mar” and Double 99 “rip groove” from this little record shop down there.

My dad gave me a box of NDW records he’d picked up when he lived in Hamburg back in the early 80’s. I’d always thought he was a bit stiff musically so sort of scoffed when he gave them to me – but to my surprise there where some absolute swarpers in that box. This being one of them.

After hearing this all I wanted to do was be able to play it. I started taking piano lessons but obviously never got to the levels of this man.

Big dutty stinking garage banger from my teens. A few of those proto grime breakbeat rollers from the early noughties are still sick as fuck.

I was in Leeds actually the first time I’d heard this. We were cracking on after being out the night before when the post man delivered this at 9am in the morning. It was perfection then and still is now.

I heard this the first time I went to a Detonate at this seminal little club in Notts called the Bomb. That place was insane.

Doom was saying things that had always deeply resonated with me but I hadn’t really managed to put the pieces together until I heard this one.

This was a hard one but my girlfriend recently introduced me to Hindu aarti’s that are meant to bring good luck if you play them round the house. This ones been tugging on some strings recently.. I find the repetition really entrancing.

Loving this guy at the minute, I’ve got him playing a live set for me very soon and I’m too excited. Was tough picking a fave song of his as 1. they’re all pretty excellent and 2. the titles aren’t very search engine friendly.. but this one ticks all the boxes, its got that melodic peng and enough crunch-mania to keep you going.

Does what it says on the ting.