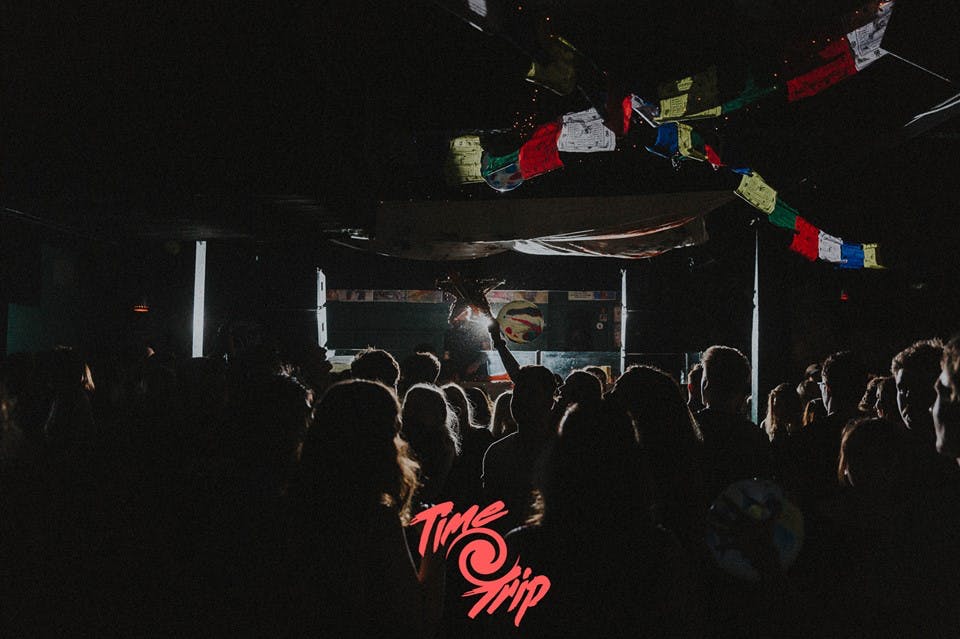 From across time and space (well, Newcastle in 2018 to be specific) comes a new event looking to bring a complete clubbing experience to subterranean Call Lane. Time Trip are channelling the essence of dance floors from the earliest rhythms of primitive man to gargantuan raves of the present day, serving up a cosmos of sound and vision with each party. In anticipation of their first event, The Psychedelic Circus on 20th July, we spoke to their ringleader Jack Cooper.

Who is involved in Time Trip and how did you all meet?

“There have been many additions to the team since the launch of time trip in December 2017. It started with me (Jack Cooper) and Hugh Roke. We both study Entrepreneurial Business Management at Northumbria university. I remember giving a presentation at the start of the year to the rest of the course, I decided to express my desire to throw a party and if it was to make a couple of quid then we could probably call it a business. Hugh was sat in the audience and was probably the only person paying attention by this point and it lead to him approaching me afterwards. He expressed his passion for events and how his experience in events could be beneficial to me. A few months later we had launched Time Trip and booked Ben Pearce to play our opening event. The 3rd person to join the team was Nathan Sawyer, we met at Pontefract New College 4 years ago where we soon became best mates, since then we both moved to Newcastle for university at the same time. Although Nath wasn’t part of the launch event with Ben Pearce it was inevitable that he would get involved at some point, and the following day after the launch party we had our third member. I believe with my optimistic attitude to the most ridiculous ideas, and Nath’s level headed and more calculated approach it is the perfect balance, as it helps us produce some amazing ideas that doesn’t just leave us without a pot to piss in. The 4th member to Time Trip is my neighbour and very good friend Brian Miller. The creative mastermind behind the decor joined the team in March, Brian takes the lead role in designing and producing the decor for each event. In September I moved into a new house which lead to a house warming party (obviously), therefore I went next door to invite the neighbours… little did I know the neighbour i was inviting to the party would be the genius behind creating the decor for many parties to follow. This is the initial Team who run Time Trip, however our wider team that consists of DJs, people who help with decor and promoting etc… are all just as important in making our events a success. Every single one of them plays a part and without them there wouldn’t be a ‘Time Trip’.”

Was there one moment that made you want to start your own event?

“Through-out my first year at university I was involved in a music collective called ‘The Rookery’ ran by Joey Swindell’s. The whole idea behind The Rookery is to get as many musicians as possible in the same place and jamming together all day, followed by a gig at the end showcasing local and up and coming bands. However, it wasn’t anything to do with organising events that initially intrigued me, I was purely in love with the concept. This was my first taste of running an event and I’ll never forget the feeling I had following the launch party. It was an overwhelming array of emotions. This gave me the confidence to go and set up my own event. However, when Time Trip was formed my intentions weren’t to set up an events company I literally just wanted to host a rave. Ever since I first started going out I’ve fantasied over holding a rave that people would remember and talk about. I assumed it would be a one-off party, I never predicted it to turn into this.”

Where did the concept come from? Why did you choose to go with the Time theme?

“In my opinion, it is perfectly okay to take inspiration from well established events, but you should always be unique as every event should give the attendee a new clubbing experience. The concept behind Time Trip came to me when I saw an event called Rebel Cave; a Barcelona based event that gives you the feeling of raving in a cave with people from a tribal time. It looked intense man. This is when my imagination decided to run away with me, I started to picture raves through out all the different ages. I pictured pharaohs skanking to tunes in pyramids and how mental it would be if you could have a rave in a pyramid back in 3100 BC. The beauty of a clubbing experience is there is no limit in what you can achieve, when you match immersive décor with music you can really take people mentally on a journey into another world. In my opinion it’s a similar feeling to when you go to a festival, you feel like you’ve stepped into an alternative universe where people think, act, dress differently.”

Your approach to putting on parties is almost more focussed on decor than music. Would you agree? Is this a reaction to your previous clubbing experiences? Why do you put such emphasis on it?

“I’ve taken inspiration from the likes of Boomtown Festival and Elrow. I’d call it a complete clubbing experience. Its not just about good tunes its about reaching out to a wider variety of your senses. For me its far more memorable when there’s a few inflatables bouncing around, now can you imagine the impact of a club themed full of decoration. The music is important as it’s what you are dancing to at the end of the day, and if we don’t get the music policy suited to the audience people won’t be able to feel connected. We do have a focus on the music and the DJs we’ve selected to be a part of Time Trip. We have carefully formed a team of energetic and enthusiastic DJs, predominately who have just started out recently having their first club sets with Time Trip, and some are more experienced. Bringing in DJs with mad energy and passion for raving and music helps get the crowd moving care free and sets the vibe for the whole venue.”

You originated in Newcastle. The city has a bit of a reputation for being a stag do destination. What do you enjoy about the nightlife scene there? And about the city in general?

“Newcastle is an amazing city. The people are some of the friendliest folk I’ve met, and this sets you up for a fun night out, chances are you’ll be having multiple laughs with people you don’t know. There are several clubs I like to attend in Newcastle, however the rest of Newcastle’s clubs seem to have been taken over by spice boys; you know the kind of pretty boy that’s covered in fake tan, QUIFF, wears super spray on jeans, designer tops such as sik silk (two sizes too small) and probably has one life goal; to one day be on the cast of Geordie Shore. You will find them predominately in overpriced clubs sat around tables drinking expensive bottles. The whole pretentious atmosphere is not what I’d want from a night out. A night out in my opinion means going to rave in some grotty venue, dancing care free around people who haven’t dressed up but dress down.”

What is the most memorable night out you have had in the city, bar your own events?

“Exhale Newcastle! What an unreal event, really makes you feel like you’re in Ibiza with its trance, house, garage, Ibiza classics music genres and use of lasers. It is also held at the famous World Headquarters where you will find the friendliest ravers. Its such a happy place. It comes around every couple of month, but my first time at Exhale was last October and I remember thinking this is the kind of feeling I’d love to replicate at one of my events in the future.”

The majority of your events do not feature a big-name booking. What is the intention behind this? Do you think people aren’t as bothered about worshipping deejays these days? Do you have better parties without bookings?

“People appreciate big bookings, but for us we have more success focussing on the brand and the party. We don’t need to pull in a big name booking simply because we are creating a name for ourselves, through our residents and friends and through making the party stand out as a party you would attend because of the brand not the DJ.”

If you could select one track that sums up Time Trip, what would it be?

“I can’t decide I’m going to give you two! Michael Gray – The Weekend; this tune always gets played and people always love it, it gets everyone in the room going! It’s Fun and energetic and it gets people off their arse and onto the damn floor! And that’s what we’re all About or; we are all big Fatboy Slim fans and when our good friends and resident Jake Murgatroyd aka MURG decided to drop it at the end of his closing set this was a moment I can not forget!”

What made you want to do an event in Leeds? Do you have connections here? Have you been out in Leeds before?

“I’m a Leeds lad! I’ve been going out in Leeds for years. We are planning on taking our event to different cities and felt there was no better place to start than home. If footballs coming home so are we.”