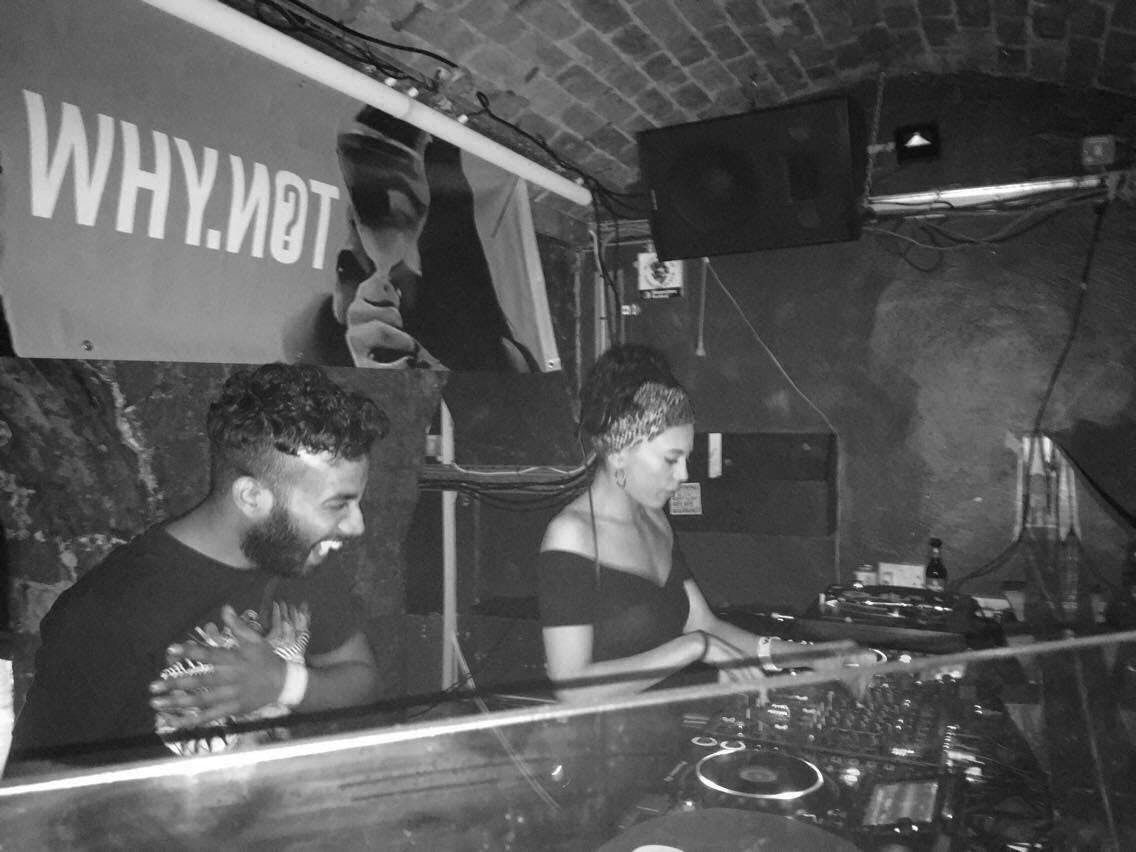 We chat to Phoebe Karis, resident and founder of WhyNot? on the cusp of their second birthday party at Wire, looking back at the highlights of their campaign so far.

What has been your wildest party?

“That would have to be our launch party at Wire Club back in 2016! Wow, even saying that out loud brings back so many good memories! It wasn’t our busiest party, we had about 150 people come and dance. It was intimate but the music the DJs delivered that night and the party atmosphere we created in the club is why this had to be our wildest party! The buzz leading up to the party, the branding, the artwork and promotion all came together perfectly the energy was just right! We had Zebra girls doing the Guestlist and making a complete pigs ear of it, which only added to madness and comedy of that first party and every person who came, left with a massive grin on their face, we couldn’t wait to do it all over again… and here we are 2 years later.”

Who has been your most loveable guest?

“We’ve had so many guests and they’ve all been lovable, apart from one or two (no names)! We couldn’t choose one as the most loveable, the majority of DJ’s we’ve booked have actually been friends and other talented DJ’s/ producers and Labels we’ve associated and collaborated with along the way. This party and it’s comical and nostalgic theme, involving characters taken from the popular 90s British sitcom ‘The League of Gentlemen’, has been weaved in and out of the artwork for the Birthday flyers. Further more we’ve stolen a few of it’s famous one liners such as ‘Are you local?’ to use in promotional gimmicks. But in all honesty that’s what Whynot is and always has been, just a local party celebrating and showcasing mainly local talent and up and coming artists, we’ve managed to run this thing on a shoe string budget which hasn’t; allowed for us to book some of the bigger artists we’d have liked to. The only thing fuelling this party is love and appreciation of the music that brought us all together.”

Running nights isn’t always a breeze. What has been the worst moment in the WhyNot? campaign?

“The worst moment for us as promoters is probably the exact same moment all promoters dread, losing money. You win some you loose some in this game, and we had our losses, we just carried on regardless because why not?”

On the flip side, what has been your proudest moment?

“Right now, this is our proudest moment, celebrating 2 years of throwing parties, everything’s come full circle… again!!! We honestly just wanted to pull off one, two, maybe three parties. I don’t think any of us thought we’d still be here, we never thought that far ahead.”

If you had to pick out one track to sum up WhyNot? what would it be?

What is next for WhyNot?

“Who knows! We don’t have a permanent home at the moment and to be honest we never really have, we’d like find a new space that’s cool and interesting and somewhere we can call home for a while. We’re currently on the hunt for a new party spot and you’ll be hearing from us soon ;)”