In The Bag: Padawan Sound 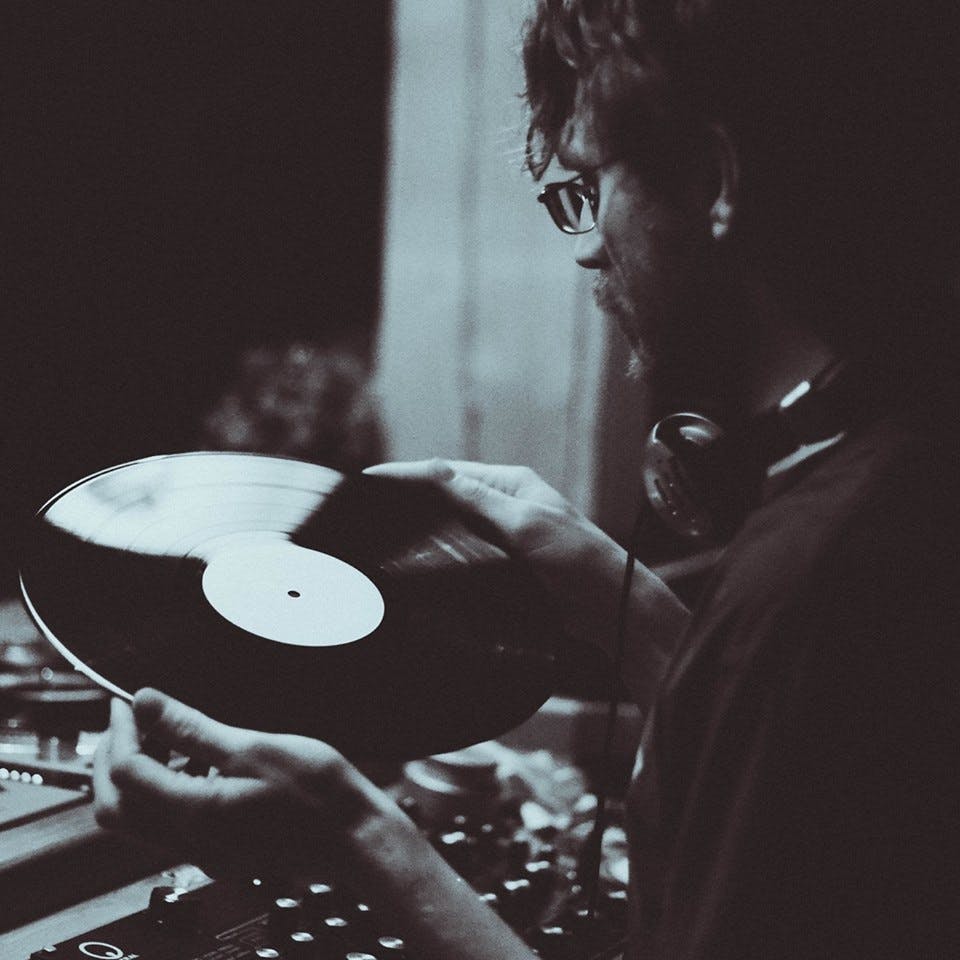 Ahead of his set for Past & Present at Wire, we asked record-obsessed musician, selector and promoter Padawan Sound aka Paddy H-K for some of the highlights of his bag. While his set in the basement will almost undoubtedly fall within the bracket of his first musical love, dubstep, Paddy’s interests spread far and wide through to ambient, electronica and beyond. His involvement in several projects in Leeds is testament to this variety, from his work in local jazz band Kumiko to his own ambient listening session ‘Think Tank’ which celebrates its first birthday at its usual spot in Hyde Park Book Club on 29th July. The selections below reflect the full spectrum of his musical interests.

“I bought the repress of this record at least three years before I started seriously collecting vinyl as a DJ. I was about 14, and heavily into a lot of Grunge and Heavy Metal at the time. When a friend of mine turned me onto the Pixies, I was absolutely blown away by the sheer force of Frank Black’s scream, and the frantic energy of the instrumentation. I had only ever bought CD’s up to that point, but I remember walking past this one day and thinking, “I’ve got to have it!”.”

“Unequivocally, the ultimate dancefloor rescuer. It’s just such a versatile record, and suits a huge variety of contexts. I’ll often use this to hit the reset button on a room, either as a transition from one genre to the next, or if I’m following a particularly challenging set. I’ve yet to encounter a crowd that did not respond positively to this one!”

“Around the time that I bought this album, I was suffering from a lot of anxiety, some of which was performance related. I remember playing ‘Saku’ at an Open Turntable event a few days after the record arrived, and it was the first time in quite a while that I’d genuinely felt relaxed whilst performing a set. I’d never really played anything like that to an audience before, and allowing the track to gradually build and breathe, as people stopped their conversations and quietly listened to the music, felt immensely cathartic. It’s safe to say that this was probably the record that inspired me to start my ambient night, ‘Think Tank’.”

“This one was a really tough one for me to answer, as I love playing these kind of sets and had plenty of options to choose from! I’m not sure if this is the “best” sunrise track in my collection, but it’s the most recent one that I purchased in that vein, and I love it.”

“I feel like this one deserves a bit more context: When I started collecting ambient music, it absolutely transformed crate digging for me. It’s a very rewarding process, and really eases you into a headspace that is entirely different from when you search for dance music. I think this is probably for a couple of reasons – Firstly, the very nature of ambient music means that you have to listen to it with a bit more patience, as the way a track builds over time is directly tied to any feelings it evokes. It’s not enough to just skip through it and pinpoint key “moments” on the record. Secondly, ambient tracks are often tucked away as little breaks on more dance-orientated releases. This means that I’ll find myself listening to piles of records I normally wouldn’t even consider, in the hope of discovering a hidden gem somewhere. You can spend hours digging through records, to only come away with one or two tracks, which makes you appreciate them all the more as a result. This track is a perfect example of this. I had a whole Saturday to kill, and went into Outlaws Yacht Club to have a dig. I think I spent about 4 hours in there, drinking coffee and listening to records, in my own little world. I eventually stumbled upon this one, and ended up listening to it all the way through at least 8 or 9 times. It was exactly what I was looking for at that particular moment, and it was part of a House EP that I otherwise probably wouldn’t have bought (no disrespect to the other tracks!). Either way, I left feeling like I’d found something really special.”

“This one is nostalgic for a few reasons. My dad introduced me to this album when I was about 16, and I immediately fell in love with it. It reminds me of spending lazy weekends at his flat, accompanied by books and bottomless cups of tea. I bought the 2013 repress on the way home from my final university exam, so it also really reminds me of that time in my life (Shout out Seismic Records in Leamington Spa, always). It’s one of those albums that continues to accompany me, and I can’t imagine a point where I’ll ever stop listening to it.”

“This was another difficult choice, but I’ve opted for a record that straddles the line between having both great monetary and sentimental value for me. I remember being absolutely mesmerised by this track when I first heard it, and astounded by the patience, precision and care that had gone into its construction. I don’t really have the words to describe what I think makes it so special, but let’s just say it was one of those watershed tracks that ticked all the right boxes for me. It really did set a new standard of quality in terms of what I looked for when purchasing a record (and that’s just the A-side!) On the monetary side of things, I only recently realised how sought after this record has become, and that it now goes for upwards of £70+ on Discogs. Not that it really matters – I’m taking this one to the grave!”

“This was an interesting question to answer, because “weirdness” is a very subjective term, and often depends on context. I eventually settled on this record because it’s one of the few in my collection that just doesn’t seem to fit neatly into any one particular category. I never really get the chance to throw it into my sets, which is very rare (even for my most “unconventional” tunes). I wouldn’t say that any of the sounds you hear on this record are particularly “weird”, it’s just a very tonally confusing and uneasy piece of music. I love how Bong-Ra takes the darker elements of the original, and then offsets them with a genuine sense of playfulness and whimsy, which makes it feel even more sinister. I imagine this is probably what going mad would sound like!”

“Not too sure if this was actually the last thing I purchased, but it is definitely a great example of the overdraft-fuelled delirium that my record buying has spiralled into recently. I cut my teeth on Dubstep around 2007, and my love for it never really faded away (although, it was admittedly touch-and-go at some points). 2018 has seen a real resurgence of what many deem to be the “authentic” Dubstep sound, and I can barely keep up with the number of quality releases being churned out at the moment. Regardless of purchasing order, this tune is definitely one of the more recent stand-out examples.”

Record you wish you could own

“I hate to state the obvious, but it really has to be this one. There’s probably an endless amount of stupidly rare/expensive records that I wish I owned, but the fact remains that DMZ (both the night and the label) really did change everything for me, and I only wish I’d discovered them a couple of years earlier than I did.”