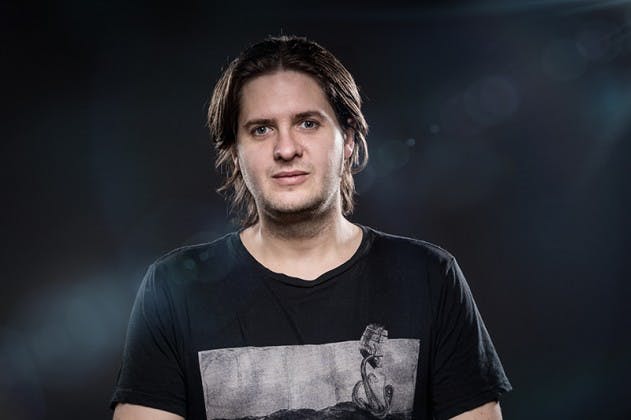 Production Line asks the expert music makers who pass through our club to reveal the tracks instrumental in influencing the early stages of their creative process. Next up is Mint Club and System resident Bobby O’Donnell, who will be headlining WhyNot?’s 2nd Birthday party tomorrow. The Blackpool man has released on Fred P’s Soul People Music and Mosaic, the label of previous Production Line interviewee Steve O’Sullivan, as well as deejaying alongside the biggest names in minimal house and techno. Over to you, Bobby:

“For this feature I decided to list some tracks that really hit home when I was initially starting to make music. Be it from a harmonic context, or structural one, they are records I obsessed with and tried to emulate. People who say that they don’t do that (when they’re starting out) are bull-shitting you.”

“Fred P was a huge influence when I was starting to make music. The way he combines melodies is so interesting. He has a soulful, and to a degree, accessible way of speaking to the listener, without the music sounding over-friendly. Emotive Vibrations for me is his best work, the chords, lead line, bass and reversed melodies all sit together so well. This tune could be twice as long and I’d still be glued to it.”

“I could have chosen so many from Vakula’s catalogue, when he came out I was (like many other people) completely obsessed. His productions have so much tension in them and artistically he just does what he wants. I studied the way he got his bottom end ruthlessly and could never get close to it. Bug Powder is the perfect opening record, I’ve started a lot of warm-ups with it. The synths and ‘Naked Lunch’ sample just dance with each other.”

“I first heard about 100hz through this release, I had a few on the label Optimism and was going through their back catalogue when I heard this. I just love how playful the structure is, even the transformer scratch effect sounded great and percussive. The whole EP is worth studying, raw drums, bleeps and chords, its beautiful and nearly 30 years old. I have to say I was bowled over the Lee (100hz) was up for the first release for the label.”

“The whole LP ‘Shades of Blue’ is another Madlib masterpiece, he really complimented what is one of the greatest jazz label ever. I chose this because it is lesson upon lesson in sampling. The way he balances drums on top of samples is incredible, he uses space so well too and his records are just huge sounding but without being over compressed and tough on the ear.”

“This is just one of the greatest pieces of electronic music. It’s completely human sounding, which I’d attest is the point of electronic music. I remember hearing it and just stopping dead in my tracks, it just leaps inside of you. The way this song develops harmonically is a schooling too, it’s certainly what I’ve tried to borrow off. Don’t ever put this on if you’re doubting your skills as a producer, you will throw your equipment out of the window.”