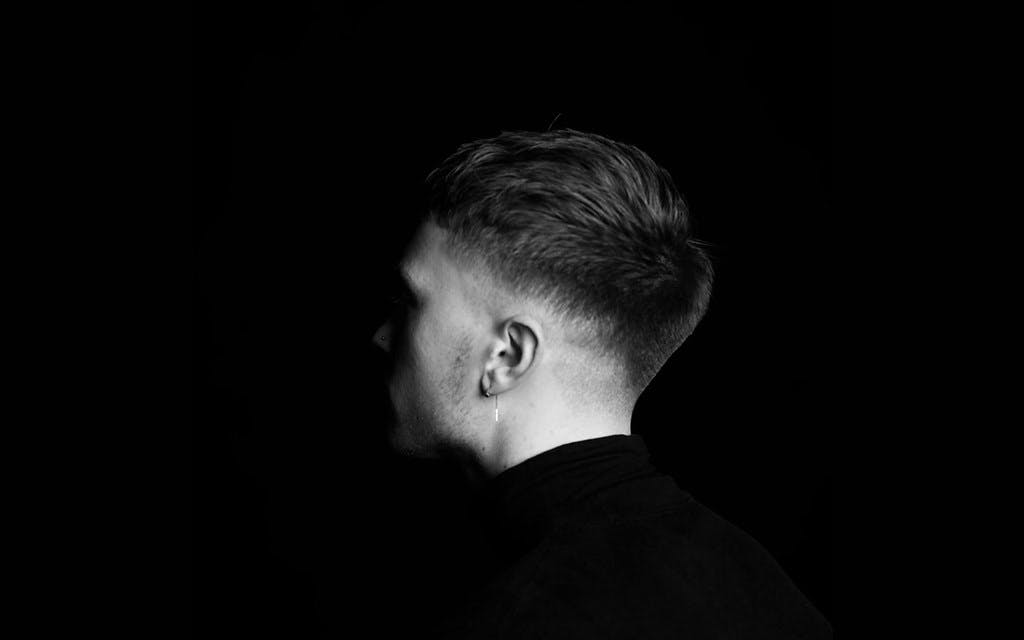 Production Line asks the expert music makers who pass through our club to reveal the tracks that have influenced them the in their creative process.

Next up is Metrist, who plays the next Tilt-Shift which also features rRoxymore as headliner. This is not the Opal Tapes producer’s first visit to Wire: he came here 6 years ago to play an 18th birthday party. A lot has changed since then, both for him and our club. His sound, still predominated by techno, has become more refined, experimenting with quirkier textures and rhythms. His most recent release came on the genre-defining, future-classic Patina Echoes compilation on Timedance where he shares the tracklist with his peers in post-UK-bass techno such as Chekov, Simo Cell and Ploy. Below, we see influences from across the bass heavy genres.

Camo and Crooked – Turn Up The Music

Putting myself on the line here straight from the off with this ultraviolet yet orange cheesed 175bpm emo’ anthem that did a lot for me as a youth growing up around a lot of D&B heads. The tech-house white noise release after every 4 bar and the hands in the air breakdown does this one a disservice but I think so much has gone right with this track. I’m such a sucker for that peachy 2003’-tears-on-the-iPod synth that sounds like its just been plucked ripe off of a synthy bushel. Little bits of subtle production genius within this track like that top end ringing you can hear above the hats from time to time that is used to give the whole mix a bit more oomph is so clever and is one of the reasons Drum and Bass producers will forever be the mad scientists of the game.

Kingdom kinda encapsulates how well everything can go. Kind of a struggle for me between this and Untold’s track “Strange Dreams” but that woody perc that is so close to your ears it feels like you imagined it edges this one as I modelled all of my production around this as a youth. Making club music functional yet weird is hard and Untold has always snuck into that uncanny valley so well. He gets the basics right with enough time to add those flashes of sound design so strange it feels as if it’s segue’d in from another track almost. I’ll raise a glass of camomile to this one and muse on being 14 again.

Barker & Baumecker are superstar mega producers with such a distinct sound and so many gears, they’ve made some of my favourite tracks but out of all of them this one is the creepiest. Those great big bastard chords are so screwy and hairy that they just set free this nuclear alarm that sends everyone in the club to the nearest bunker. If that isn’t enough then the horn/reese bass wouldn’t be seen out of place with Eksman’s ramblings over the top and an Amen underneath.

This wouldn’t come near my all favourite track list and doesn’t quite push the same button as it did way back when but like most of these tracks I’m mentioning, I was banging this long before i started doing stuff as Metrist and this one accounts for a lot of what I do today. That chunky bleepy horrible snare taught me that anything can be a snare if you will it into existence and I went on a bit of a production safari after hearing this and decided to piss about using absolutely everything as a snare. Once I had realised that drums don’t need to be so formulaic and don’t even need to be drums…then that freed me up to have some pretty awful experiments which I think I’m still in the midst of.

Refraining from putting much techno or 130ish stuff in here mostly due to the fact I didn’t delve into it until way later, I think you can still tell in the way I structure my music that it’s clear I’ve robbed old dubstep/drum and bass formatting. This tune was believe it or not the first tune I ever heard in a club, played by DJ T_! at ‘Stink Like Sock’ in Cambridge when I was 15 yet I had the appearance of a 9 year old back then. This one resonates with me so much more because of that romantic esteem I hold it in when first hearing how a track sounds on a system. Like, how all the parts fit together made sense to me, having previously only bumped these tunes on my parents logitech computer speakers. I used to be that nerd at the back left trying to analyse the production in the dance, not far off from bringing a biro and notepad into the club.