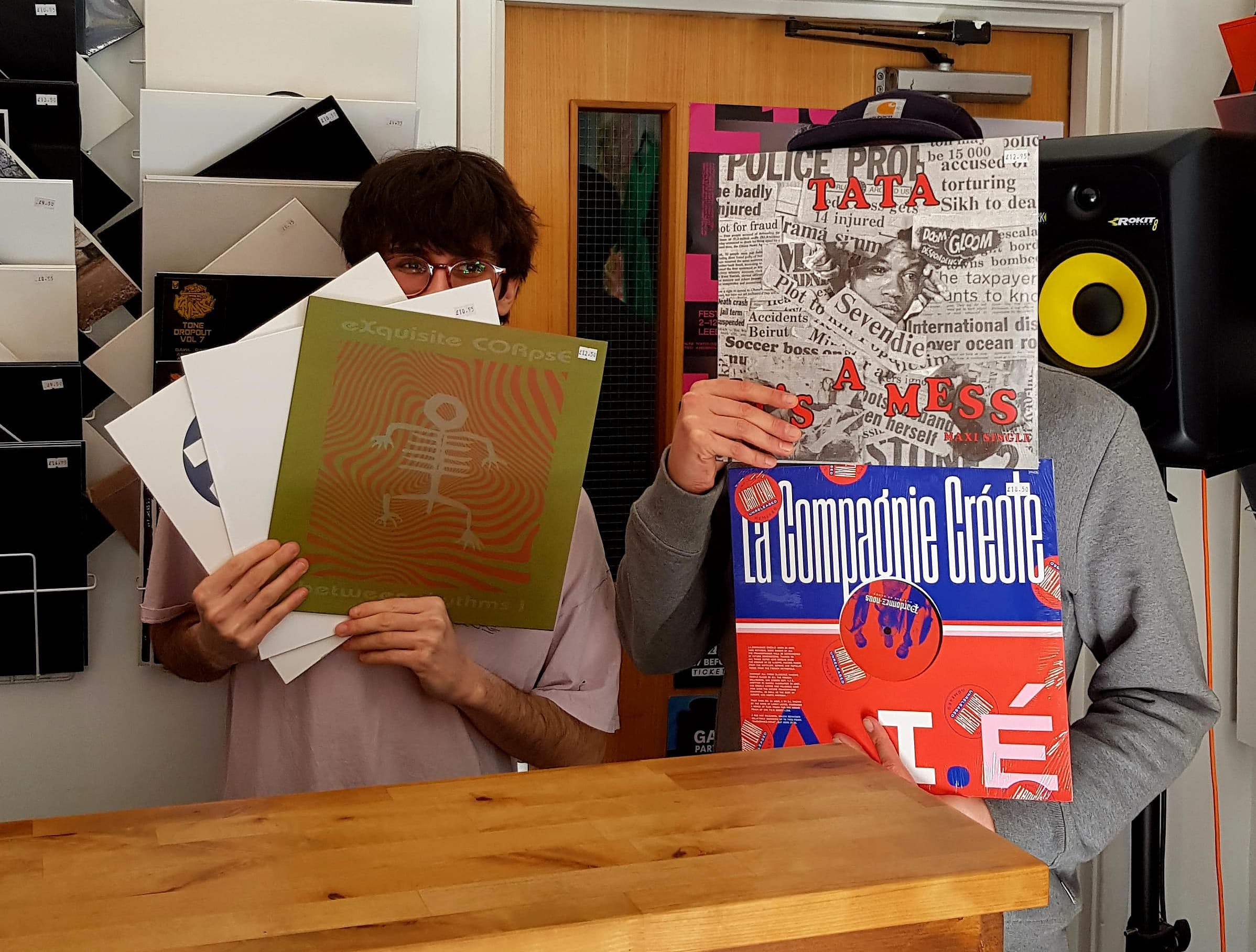 After a year-long hiatus, we have decided to rekindle this feature with our friends at Tribe Records on Kirkgate. And what a year it has been for owner Simon Scott and his compadres Alex T and Mike Greenwell (who make the selections in this article). The shop is on the cusp of its second birthday, and in that time it has firmly established itself as Leeds’ best source of electronic music on vinyl, maybe even becoming a contender as one of the best in the north. Many esteemed selectors have passed through the store including Binh, Saoirse, Vladimir Ivkovic, Courtesy, Nicolas Lutz, Vera, Octo Octa, Midland…the list goes on. Following these visits, Tribe has been featured in Mixmag and even among the “World’s Best Records Shops” on the Vinyl Factory website.

In this feature, the lads will be selecting some of the current highlights from the racks. But first, a word from Alex on Record Store Day, which takes place this weekend.

“Last year was the first Record Store Day I’ve been involved in since starting at Tribe, and despite the obvious drawbacks for independents, it was a total buzz to see so many people come in the shop and engage with what we do. Like last year, we won’t be engaging with the *official* Record Store Day program, with all the major label gimmicks and endless streams of ‘record enthusiasts’, but instead we’ll be putting out some killer second hand stock we’ve been holding back, and some nifty exclusives and fresh stock we’ve purchasing in time for the weekend.

“Simon will be pulling some bits out from his vaults to sell, and the remainder of a 500 record collection we recently purchased is priced up and in the bins. We’ll also have a whole bunch of killer warehouse back stock from Alien Funk Movement, which put out some amazing techno and tech house in the late 90s. Our friends at Seven Hills Records are sending us a box of their latest reissue from Ron’s Mobile Disco and we’ll have the GD4YA release which sees a long lost Horsepower Productions and El-B dub pressed to vinyl for the first time. Hopefully we’ll also be receiving a shipment from DNR of the second release on Perceptions Moodswing label, which is a killer EP from the mysterious London UKG and jungle hero Sky Joose. That’s just what I can remember off the top of my head, not to mention the usual heat we get from our distributors, so do make sure to pop in cause we’re packed head to toe with great records!

“Whilst I’m on the subject of great records here are 5 choice cuts from the racks myself and Mike are currently digging.”

Alex – “I first became aware of Redstone Press when the label owner randomly hit me up on Twitter with the masters of this release a few months ago. We’ve since ended up chatting a fair bit and he’s been plying us with copies of the first two EPs on the label. Both are by Pseudopolis, a mysterious man from Glasgow who has a knack for making seriously dope broken techno cuts, it’s no surprise Eris Drew and re:ni are big fans”

Alex – “This is one of MJ Cole’s finest deep UKG cuts, originally released on cult garage label V.I.P. in the late 90s. I had the chance to buy this a few years ago for about a tenner and stupidly passed up the opportunity. Obviously it then became a rare sought after gem going for way more than it’s worth on discogs, but thankfully it’s seen a reissue via Plastik Trax in the current wave of renewed interest that UKG is enjoying. This one should appeal to both house heads and garage heads alike.”

Exquisite Corpse – Between Rhythms I [Platform 23]

Alex – “This is one of the best reissues we’ve had in the shop lately. I’ve been a fan of Psychick Warriors of Gaia for a while but had never clocked this side project from Robbert Heijnen till it popped up on the pre order sheets. This is as good as early 90s euphoria gets for me, with rolling basslines, comelling rhythms and a trance element that makes you feel like you’re off your head in the club at 4am. Absolutely tip top stuff, and there’s another 4 volumes still to come in the next few months!”

Mike – “There’s been loads of South African tunes ‘rediscovered’ over the last few years, but this 12″ was a ghost in an original format and a knowledgable selection for reissue. It’s also different to the majority of SA reissues out, that are usually kwaito, bubblegum, pantsula, or house. ‘Afro Breakdance’ is the one here and is a unique electro-boogie track with that quintessential South African aesthetic that can be heard in the vocals and synth style. The cover art is also fantastic, the label has done it really well.”

Mike – “Essential anytime of night gear. Larry Levan’s club mix and dub mix sound really, really chunky on this pressing. The intro on the vocal mix and moodiness throughout the dub make this a go to record, it’s a Cosmic Slop classic already. Yes it’s pricey, but both sides are equally useful and will have life all summer.”

A chat with: Klaus of Tanum Sound System

In The Bag: K-Lone 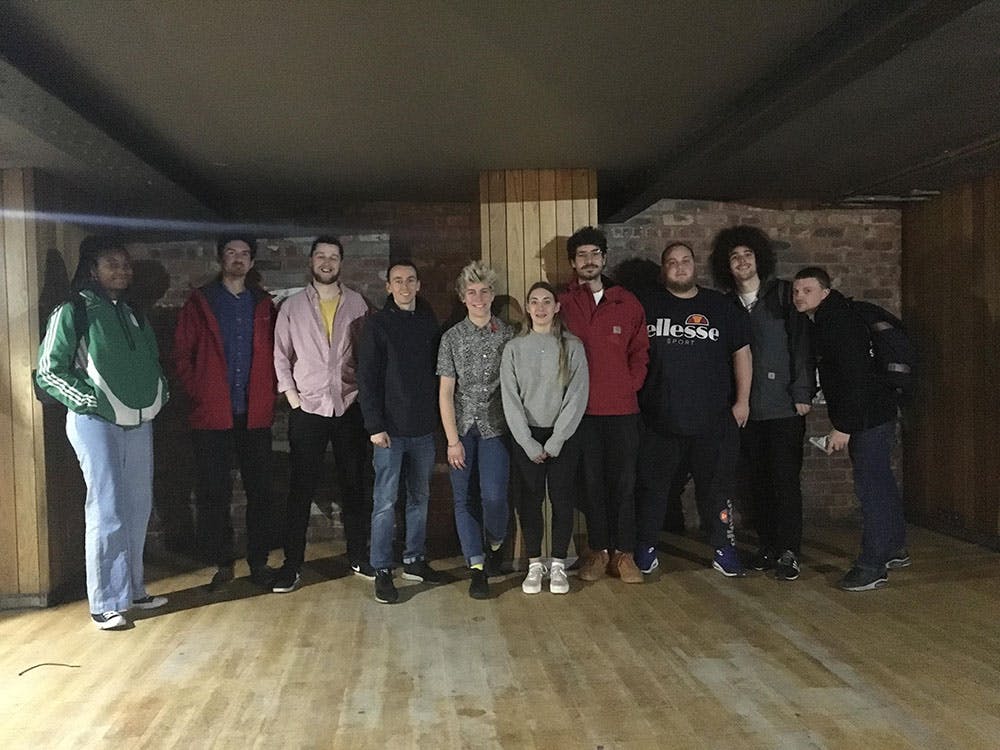