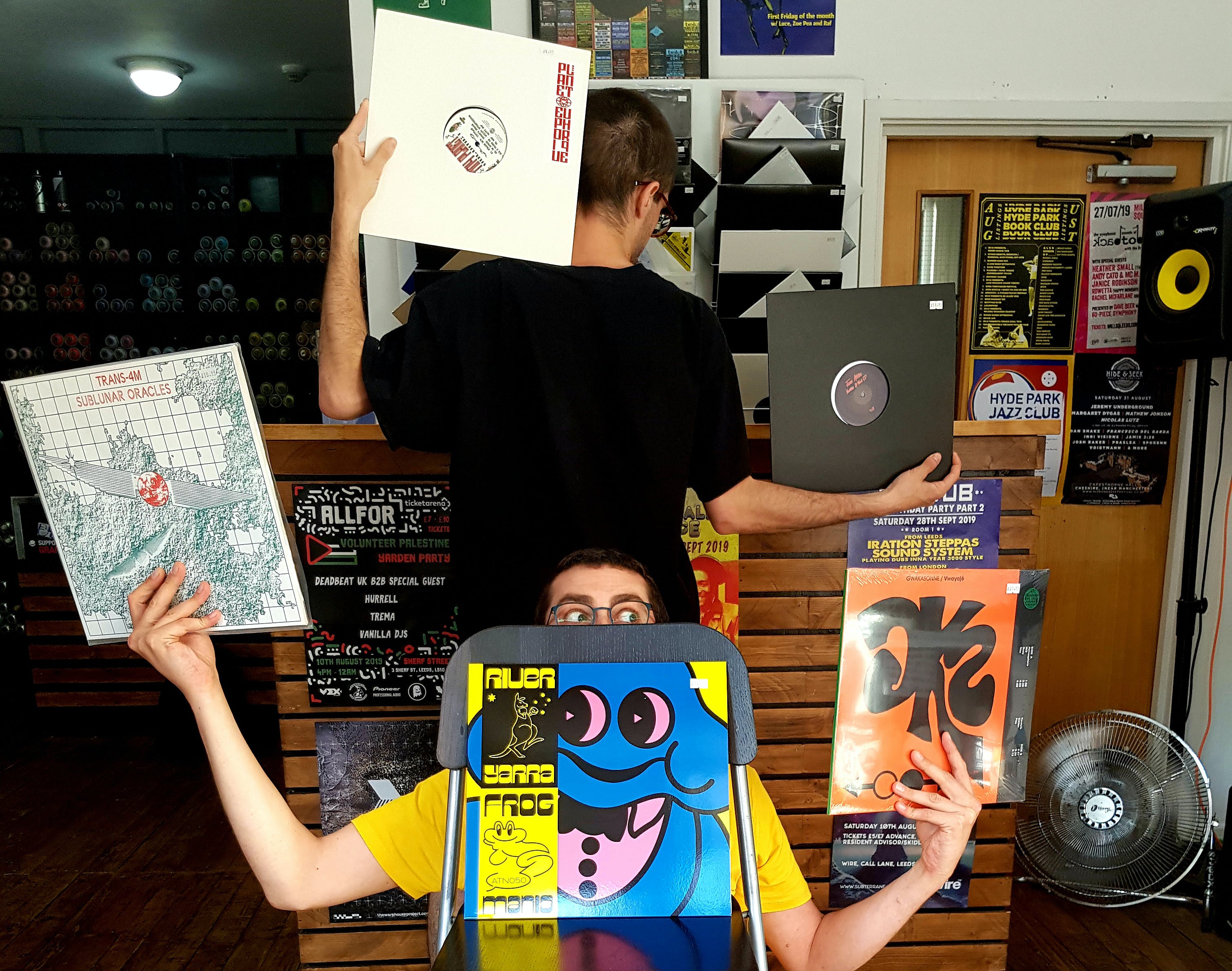 Having just celebrated their second anniversary on Kirkgate with a party at Wire, we return to the racks at Tribe Records for a rundown of the hottest discs of plastic on offer right now. Words come from On Rotation resident Alex T and Cosmic Slop resident Mike BC, both of whom you’ll regularly find behind the counter at the shop.

Alex – “The label that keeps on giving! D. Tiffany keeps setting the benchmark on how to run a musically astute label whilst supporting her friends in Canada at the same time. This is the first VA on Planet Euphorique and features an all star crew of Canadian talent, including Seattle’s CCL and Flora FM who team up to bring a bumpy, Baltimore-esque club track. Then there’s Killer DJs aka Dust-e-1 who drops a dark and wiggy house bomb, an antithesis to DJ Donini’s ethereal techno roller. My personal favourite is the SMP cut which channels a raw UK vibe, and invokes the spirit of early Pangaea records with a syncopated beat and heavy sub bass.”

Alex – “Juan Atkins is a name synonymous with Detroit techno and has a plethora of legendary tracks in his discography. This reissue EP on Partout is a collection of tracks from 1993 to 2011, and includes the anthem ‘Sunlight’, which is one of my favourite funky futuristic classics that came out on Peacefrog. Essential record for any lovers of the timeless Detroit sound!”

Mike – “Zaltan’s Antinote label collects and curates the best of the French underground scene. Man of the moment, River Yarra, provides four amphibious creepers that vary in style for this 50th release. All four cuts are dedicated to frogs and their croaks can be heard at various points. Sounds weird…? Well yes it is is, but Yarra’s masterful production and use of Middle Eastern influences to hone his blissful chuggery, makes this one of the slo-mo records of the summer. Need!”

Mike – “The Séance Centre label is Brandon Hocura’s showcase of super scarce music, usually of an ambient nature, while being as thought provoking as the output is diverse. He mines albums of rare and ethereal beauty from all corners of the world and this time the grail is from Guadeloupe. The sounds of the Caribbean island have been appearing in various sets of late, the fun sound of zouk and the heavily percussive gwo ka genres fit nicely into house and disco. But, this album is waaaaay deeper and moves through a variety of styles, including spiritual jazz and deep tribal trips. Keenly recommended.”

Mike – “This one has been blowing our minds in the shop. It’s an early 90s downtempo techno record from Belgium, clearly a favourite niche of ours, but there’s layers and layers to this sublime collection. The second record especially moves into more jazzy zones; imagine a Pharoah Sanders outing during the acid-house era, as well as classical movements amidst synthesised collages of sonic perfection. Yes indeed, we like this one A LOT.”