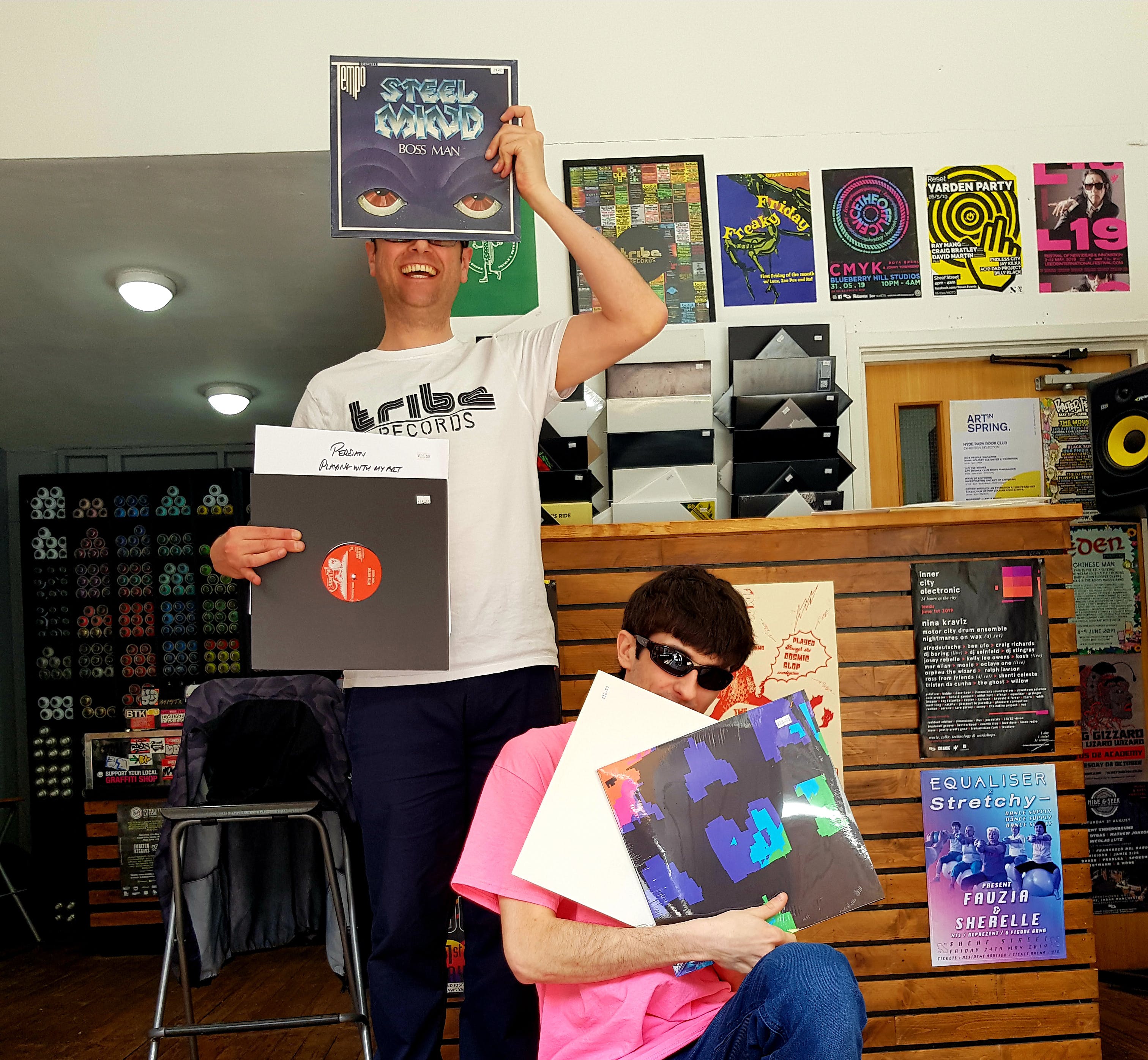 It’s time for another run down of the Tribe Records racks. We’re told that the guys have bought heaps of new records recently, and the diversity of the following picks is testament to that. Find garage, techno, chug, dub and italo inside.

Persian – Playing With My Art [Existence Is Resistance]

Alex – “This has been in my wantlist for years, and is one of my favourite garage cuts that Persian made. All the tracks are heavy on the low end, with a rough and ready production aesthetic that really kicks in the club. His arrangements and track structuring also mean you never know quite what is coming next! My pick has to be ‘Oracle’, a classy breaks / UKG banger that will still sound fresh in 10 or 20 years no doubt”

Alex – “When Gareth Oxby told me he could send us a big box of some back stock from his label Alien Funk Movement I couldn’t get them into the shop fast enough! These are prime 90s tech house and techno cuts which carry all the functionality of early UK tech house and all the hi-tech soul of classic Detroit and Chicago records. Echoes Of The Set is the best of the bunch we got in, with its rolling drums and compelling basslines making it essential club fodder. The whole series is well worth checking out!”

Alex – “This is the second LP from Black Merlin and Gordon Pohl as Karamika, which comes on the fantastic Offen label, curated by Vladimir Ivkovic. Cavernous downbeat techno jams and dubbed out and expansive ambient tracks make this an stunning album for both at home and in the club. All the music released on Offen transcends the boundaries between club and home listening, which makes sense given that this was the exact ethos of Salon Des Amateurs, where Ivkovic made his name as a DJ.”

Sugar Minott – In The Ghetto [Wackies]

Mike – “Intoxicating, head melting dancehall pressure on this Wackies 12 from one of Jamaica’s most loved vocalists. ‘In The Ghetto’ is Sugar’s do over of Bobby Miller, Richard Evans and (most famously) Marlena Shaw’s 1969 composition ‘Woman Of The Ghetto’. This version fizzes throughout and is adapted to the worries of yard strifes in Jamaica. An essential addition to any conscious collector. On a related theme, we’ve got tickets for sale for the screening of the Jimmy Cliff rude boy film, ‘The Harder They Come’, at Hope House, Mabgate, Friday 31st May. All proceeds go to MAP charity.”

Mike – “One of the most important Italo disco projects ever, caned by everyone from Daniele Baldelli to David Mancuso. Killer synth action, drama, drive and rhythm on the title track – this is an underground classic and a vital reissue. It’s also one for wrong speed selectors. The rest of the EP takes different directions, ‘Lionel’ is one for more laid back listening, but is a worthy addition.”